We Pride Ourselves In Being Your Guide To Adventure And Savings

Here at LaMere Family Travel we offer a comprehensive set of tour packages to suit all needs. Whether you are looking for a package deal in the sun to suit the whole family or a quiet couples retreat we have packages for travel, accommodation and sight-seeing. We also provide advice on travel insurance. We offer custom packages for your groups needs. If you find a cheaper package (with similar details) to the same location we will do our best match it! Give us a try today!

Our founder started this company with one goal in mind, “saving you money” and providing the best service possible. We love what we do and can’t wait to show you our experience!

Although we are based in Coralville, IA, we are much more than the Iowa City Area. We package tours for everyone, everywhere (based in the US) from custom school groups to corporate outings to couples retreats.

Below are some key points to consider when choosing us:

Our founder started his career driving school bus in New York State and quickly jumped into the Charter coach side of the business. He learned a lot about the industry growing up as his grandmother was a trip cordinator as well and they went on many trips together. His roots run deep in this business and have no end in sight. His oldest son is very interested in learning more and coming on board in the near future to guarantee a long, successful future for LaMere Family Travel.

Our founder started his career driving school buses in New York State and quickly jumped into the Charter coach side of the business. He learned a lot about the industry growing up as his grandmother was a trip coordinator as well and they wen on many trips together.

His roots run deep in this business and have no end in sight. His oldest son is interested in learning more and coming on board in the near future to guarantee a long, successful future for LaMere Family Travel.

I was born in Upstate New York and raised by my grandparents. My grandmother was a frequent traveler and took me along with her often. I enjoyed traveling and knew at a young age that I wanted to dedicate my career to giving clients the same type of experiences I had growing up.

After high school, I became a family man! I started having children before becoming a school bus driver for a large school district back in Upstate New York. A short time later, I started part-time driving for a local motorcoach / charter company. That continued to grow my passion for the industry. I moved to Northwest Indiana in 2005 and continued to drive both school bus and motorcoach out of the Chicagoland area.

In 2008, I gave up the school bus side and went full-time into the motorcoach side so I could travel further away from the area and experience more of our great nation. Long story short, after working with a couple more companies, my career led me to the Iowa City area where I have planted my roots and am here for the long haul.

From 2017-2019, I managed a motorcoach company that was in the area for a short time and I was remarkably successful in building that business. Little did I know it was a short-term plan of theirs to be in the area. Since I did not want to move again, I decided it’s now time to build my own company and use my experience to make LaMere Family Travel the most successful company I can for both our clients and my family to eventually carry on my passion for many generations!

“My goal in starting this company is to bring amazing memories
to our travelers while saving them money.”
-Dave 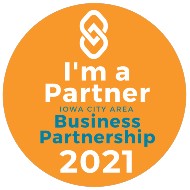